“African countries must show full commitment to ensure the success of African Continental Free Trade Area (AfCFTA).  This is the only way by which countries can harness the full outcome of the free trade agreement. There is more to the AfCFTA than signing and rectification,” said Appiah Kusi Adomako, the Centre Coordinator for CUTS International West Africa.

Mr. Appiah Kusi Adomako was speaking in Niamey, Niger on the sidelines of the African Union Extraordinary Summit on the African Continental Free Trade Area (AfCFTA) under the theme Bringing AfCFTA to the African People.

The African Union Commission in partnership with the United Nations Economic Commission for Africa (ECA) and the Coalition for Dialogue on Africa, organized the first-ever Civil Society Forum 2019 under the theme: “Enhancing Civil Society Engagement in the AfCFTA to Broaden Inclusiveness” in Niamey, Niger. The purpose of the Civil Society Forum 2019 was, among others, to enhance stakeholder engagement on the implementation of the AfCFTA and increase participation opportunities for civil society stakeholders in the work programme of the AfCFTA. The Forum brought together participants from African Civil Society Organizations (CSOs), CSO umbrella organizations on trade, and members of the AU ECOSOC, among others. 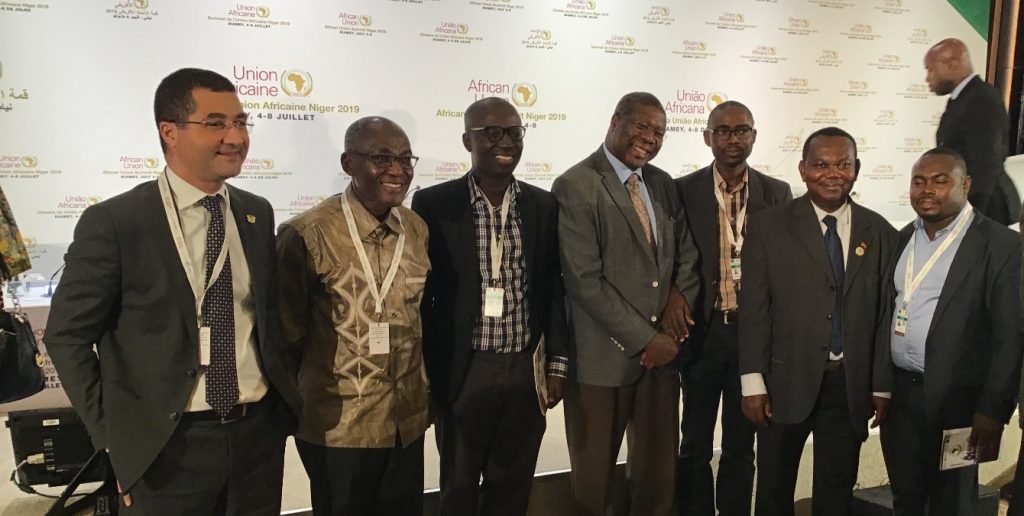 Mr. Appiah Adomako said the majority of the people feel removed and disconnected from the Continent when it comes to consumption since nations do not trade among themselves. Our inability to trade among ourselves have been occasioned by inefficient trade infrastructure and logistics, non-tariffs barriers to trade as well as reduced manufacturing capabilities.

Mr. Adomako said “with the signing of the AfCFTA and its ratification, African countries must take advantage of the collective GDP of US$ 2.5 trillion, making it the 8th largest economy in the world 1.2 billion market and to lift people out of poverty. This should encourage business people to take advantage of AfCFTA and make the investments necessary to sustain economic growth and create employment”

“Whilst the text of the AfCFTA has good intention, the success of the agreement requires that governments to show full commitment and abide by the agreement. In the short term, there, there will be losers but the short-term pain is required to achieve a long term again,” he said.

Mr. Adomako suggested that “like the World Trade Organization Trade Facilitation which requires the establishment of National Trade Facilitation Committee at the national level, it would be helpful for countries to set-up National AfCFTA Council and its membership should be extended to CSOS, government agencies, private sector, academia and others.”

The AUC’s Deputy Chairperson, Mr Kwesi Quartey, commended the Department of Trade and Industry for the initiative and noted that if successfully implemented, “the AfCFTA could generate a combined consumer and business spending of USD 6.7 trillion by 2030, accelerate industrial development, expand economic diversification, and facilitate quality job creation for Africa’s women and youth.”

Speaking on behalf of the Executive Secretary of the Economic Commission for Africa (ECA), Director of Gender, Poverty and Social Policy, Ms Thokozile Ruzvidzo, said the AfCFTA could boost intra-African trade from its current level of 16% to 52% by 2022, according to ECA studies. Ms. Ruzvidzo noted, however, that visa and other immigration restrictions have constrained mobility within Africa and “increased the vulnerability of migrant and refugee populations on the continent.”

In the Keynote Presentation given on behalf of the Commissioner for Trade & Industry, Ag. Director of Trade & Industry, Mr Hassan Hussein highlighted the fact that the Agreement establishing the AfCFTA (which entered into force on 30th May 2019), would soon have 54 signatories out of the 55 AU Member States, and currently has 25 ratifications. He went on to outline specific challenges and opportunities posed by the AfCFTA, which will create more trade than it diverts and generate significant welfare gains for the majority of State Parties.

Other speakers of included Isaac Hubert Arthur, the Executive Director for African Center for International Trade and Development (ACINTaD), and Sylvester Bagooro, Programs Officer for the Third World Network Africa.

CUTS is a research and public policy advocacy think tank which works on the areas of trade and investment, investment, economic regulation, competition, consumer protection and governance. For more information about CUTS, please visit  www.cuts-accra.org or email apa@cuts.org. for interview call 024-392-0926.

This news can also be viewed at: